Hibernate is an open-source Object-relational mapper solution in Java. It is lightweight and overcomes all the shortcomings that we face while working with JDBC.

It provides a framework for mapping an object-oriented domain model to a relational database. … Hibernate also provides data query and retrieval facilities.

TCCI is Best computer coaching class in Ahmedabad where you can learn all Programming Language at minimal price.

Our center is in Bopal and Satellite in Ahmedabad.

C is one of the most popular and common programming languages among developers.

It was initially developed by Dennis Ritchie in the year 1972. It was mainly developed as a system programming.

TCCI Computer coaching Institute is located in Bopal and Satellite in Ahmedabad.

For more information about Computer Course at TCCI. 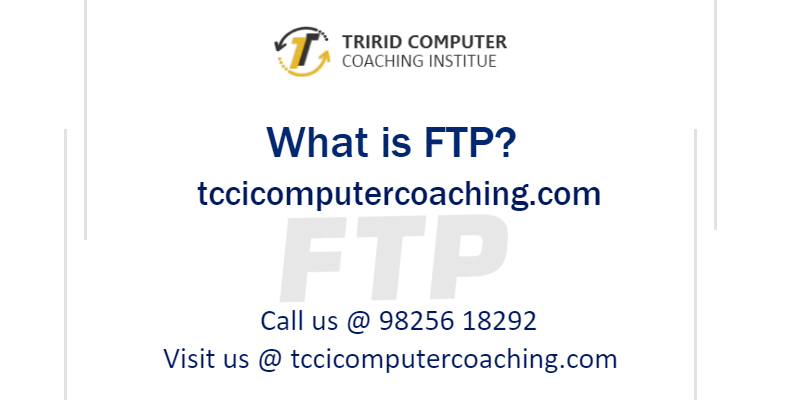 The File Transfer Protocol (FTP) is a standard network protocol used for the transfer of computer files between a client and server on a computer network. FTP is built on a client-server model architecture using separate control and data connections between the client and the server.

To learn more about Networking at TCCI.

Python is a general-purpose, object-oriented, high-level programming language. It is interpreted and dynamically-typed. Its readability along with its powerful libraries have given it the honor of being the preferred language for exciting careers like that of a data scientist or a machine learning engineer.

At TCCI we teach Python from basic level to advance level.

To know more in detail about Python at TCCI.

python has made the working of the basics very easy .

NoSQL database libraries, Web development libraries are very good and is used extensively for various Use cases like hosting a website, REST Api etc. Honestly, This list is endless.

YouTube, DropBox, Google, Quora and even Netflix use Python.

Python is great for web development. Its feature is that within a single package, you get everything you need to build a web application from low – to – high end.

TCCI Computer Coaching teaches this great language to any person in Bopal and Satellite in Ahmedabad.

We also teach Python online to the students.

For more information about Python Language at TCCI.

TCCI is located in developing area of city – Bopal and heart of City Satellite area in Ahmedabad.

We are committed to your career growth. If you want to learn a new skill, or get certification in a new Technology, Visit our Institute at Bopal or Satellite in Ahmedabad.

In the event that you remain at remote area then additionally no issue , you can visit our site http://tccicomputercoaching.com/ .We provide offline coaching and online coaching both to any person.

We teach computer subjects to school students from class 1 to 12th(any Board).

Main advantage of TCCI is “Lecture as per student flexible time”.

We believe in Quality Education. Always Guarantee of Good result at TCCI.